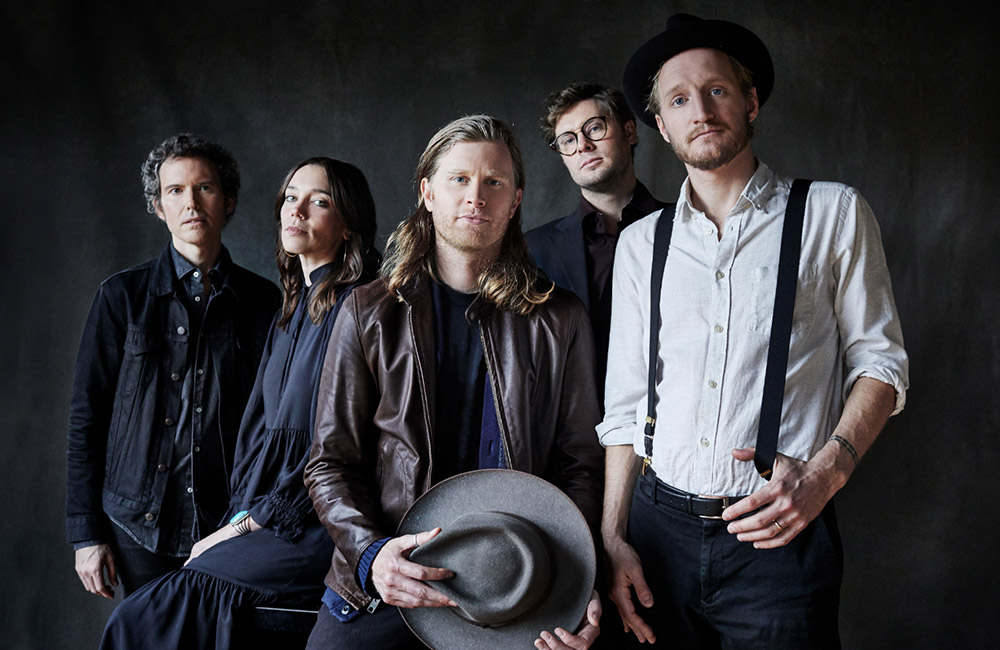 The Lumineers have added a show in Omaha as part of their 2020 headlining North American tour! They’ll be coming to the CHI Health Center on March 14, 2020. All tour dates are in support of their album III, which was released September 13th on Dualtone (an Entertainment One Company) in the U.S. and Canada, and on Decca Records for the rest of the world. Mt. Joy, who recently emerged as “a fast and furious 21st century success story” (Magnet), has also been added as support for select dates.

The Lumineers have partnered with CID Entertainment to offer fans the opportunity to pair a premium concert ticket with merchandise or pre-show access to the III Lounge, with hospitality and entertainment. Packages will be available beginning September 23rd at 10am local time. For details, visit cidentertainment.com/events/the-lumineers-tour/.

The 2x GRAMMY® Award-nominated band have already heralded III by rolling out the album’s first two chapters with six prior video premieres, including “Donna,” “Life In The City,” “Gloria,” “It Wasn’t Easy To Be Happy For You,” and “Leader of the Landslide,” all streaming now via YouTube HERE. Together, the 10 videos comprise III, a full-length visual manifestation of the album depicted in three chapters corresponding to the album’s 10 tracks. Both the album and film explore trauma and addiction over three generations of the working class Sparks family – Gloria Sparks, her son Jimmy and her grandson Junior. The Lumineers co-founders Wesley Schultz and Jeremiah Fraites’ lyrics narrate the raw and visually stunning vignettes, each depicting the agony of love, loss and the enduring impact of substance abuse from one generation to the next.

Directed by award-winning filmmaker/cinematographer Kevin Phillips (Super Dark Times), the new videos encompass III’s third powerful chapter, beginning with Monday’s premiere of “My Cell,” streaming now at the official The Lumineers YouTube channel HERE. Today, September 17th, will see the premiere of the official “Jimmy Sparks” companion video, followed on Wednesday, September 18, by “April,” and then on Thursday, September 19, by the album-closing “Salt & The Sea.”

III had its world premiere earlier this month in the special events category at the Toronto International Film Festival (TIFF). The screening was followed by an exclusive Q&A and five-song live performance by The Lumineers at the intimate TIFF Bell Lightbox, streamed on Facebook Live and viewable now HERE.

The Lumineers will celebrate III with an epic headline tour set to visit arenas and amphitheaters across North America beginning January 31, 2020 at Asheville, NC’s U.S. Cellular Center and then traveling into early summer (see itinerary below). Support on multiple dates throughout the tour comes from Mt. Joy. The newly added dates are listed below in bold. For complete details and remaining ticket availability, please visit thelumineers.com/tour-dates.